We’ll tell you right now – the best day of the week is going to be Wednesday, and not because it’s Halloween. It’s going to be an absolutely glorious day. Why? That’s when the parade is.

YOUR BOSTON #REDSOX ARE THE 2018 WORLD SERIES CHAMPIONS! #DAMAGEDONE pic.twitter.com/ax05nkT8k7

As for the weather itself, well, a good chunk of the week should be nice, and believe it or not…..mild! The week starts off on a damp note though, as a little system comes rolling in from the west, giving us some rain showers this morning, ending by early afternoon. We’re not looking at a lot of rain, certainly nothing compared to what we had on Saturday, but it will fall during the morning commute, so, be prepared for that.

It’ll be wet out this morning, so bring an umbrella to work or school. Things will improve this afternoon. Loop provided by Tropical Tidbits.

After that, high pressure builds in with dry and warmer conditions for Tuesday and Wednesday. If you’re heading to the parade on Wednesday, expect plenty of sunshine with temperatures in the 50s. For trick-or-treaters that evening, expect it to be dry abd possibly a little breezy with temperatures generally in the middle to upper 50s. By Thursday, we’ll really start to warm up with temperatures getting into the 60s, but it will come with clouds as a storm system starts to approach the area. That storm passes to our north and west Thursday night into Friday, with some rain likely along with the mild temperatures. A cold front brings an end to the rain and the mild weather late Friday. 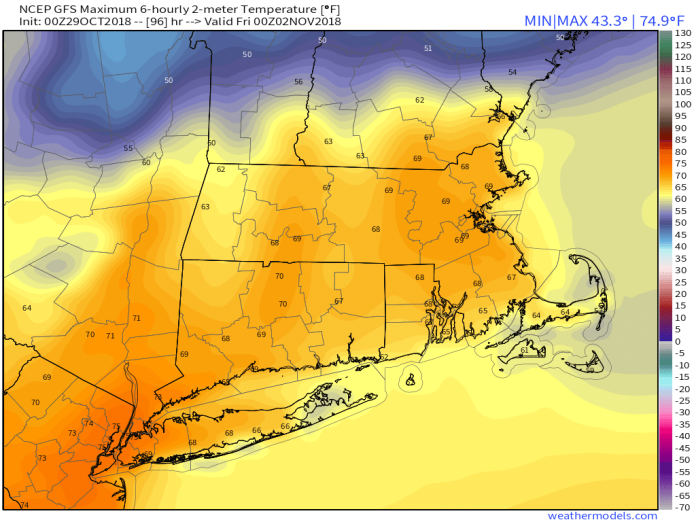 Despite the cloudcover, Thursday is looking like a very mild day. Image provided by Weathermodels.com

We’ll have a brief break on Friday night, but another system will start to head up the coast early Saturday, with a chilly rain expected for much of Saturday and Saturday night. This system may produce a little bit of snow in the mountains, but we shouldn’t have much to worry about around here. High pressure builds in on Sunday with dry and cooler conditions.

Also, don’t forget, Daylight Saving Time ends Sunday morning at 2am. If you have any clocks that don’t automatically update, then you’ll need to change them back an hour Saturday night. The good news is that you’ll get an extra hour of sleep. It’ll help make up for all the sleep you lost staying up for the Red Sox games. 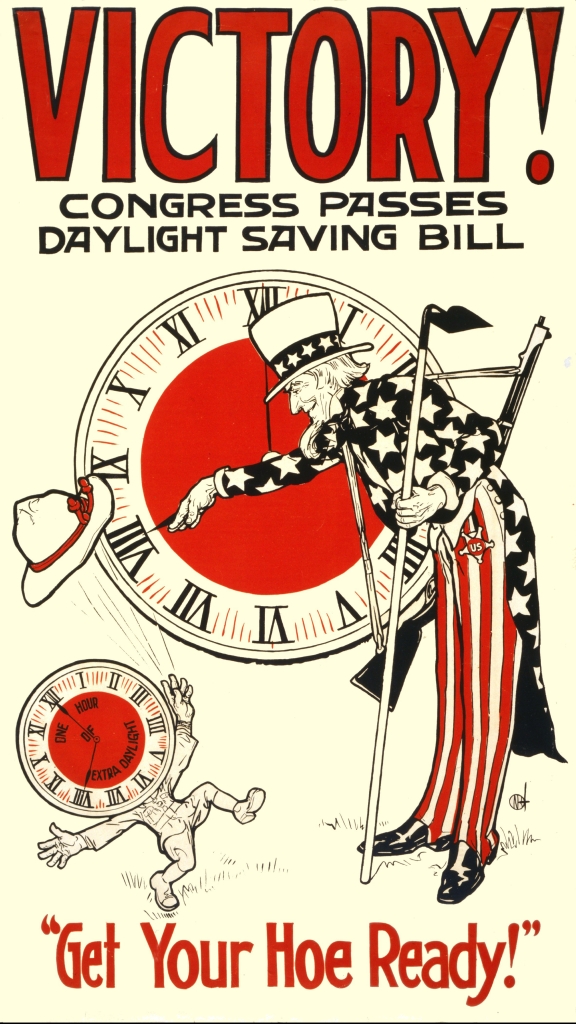 Turn your clocks back an hour Saturday night before bed. We don’t want to know what you’re doing with your hoe for that extra hour. Image provided by Wikipedia.