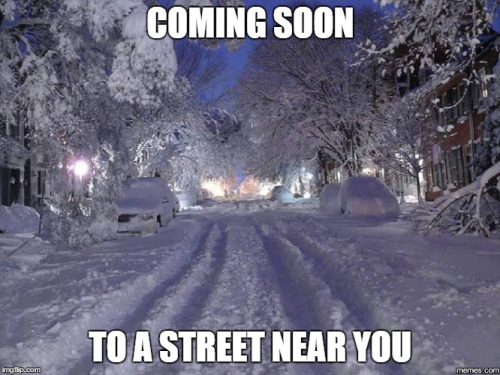 OK, maybe we don’t have a little bit of EVERYTHING in the forecast.

Despite all the different things involved, we actually have a fairly straightforward forecast again this week. We start off with high pressure in control. While this morning won’t be as cooler as the last couple were, it will still be refreshing, as we’ll start the day in the 50s for much of the region. With plenty of sunshine expected, combined with low humidity, temperatures will quickly jump into the 80s this afternoon, with some lower 90s expected as well.

Tuesday will be a different story. Humidity levels will increase, but not to the levels we had last week. It will be hot though, with temperatures well into the 80s and lower 90s again. We’ll also have a cold front moving in from the northwest. This front may trigger some showers and thunderstorms during the afternoon and evening. We’re not expecting much in the way of severe weather with these storms, in fact, we’re not expecting the storms to be that widespread.

Thunderstorm development is not expected to be widespread across the region late Tuesday into Tuesday night. Loop provided by Tropical Tidbits.

Behind the front, high pressure returns for Thursday and Friday with sunshine, low humidity, and seasonably warm temperatures. That high pressure settles offshore over the weekend, which in turn brings southwesterly winds to the region. Southwest winds will bring hot and humid air back in, but we’ll also have the chance for showers and thunderstorms both days.

OK, back to that offshore hurricane that we mentioned. It’s actually not a hurricane yet (as of when this post was written), but it should become one on Monday. Tropical Storm Chris has been meandering around off the coast of North Carolina for the past day or two, slowly gathering strength. As that cold front approaches from the northwest on Tuesday, it should provide the nudge that Chris needs to start moving northeastward. It will pass well south and east of New England towards the middle of the week. While it will generate some rough surf along the coast, and large waves offshore, unless you are planning to take your boat (or someone else’s) out, then the impacts here will be negligible.

The ECMWF model brings Chris closest to New England, but it keeps the rainfall offshore, with gusty winds confined to Cape Cod and Southeastern Massachusetts, Image provided by Weathermodels.com

While we’re discussing the tropics, we’ll also mention former Hurricane Beryl. Beryl was a tiny system from the start, and quickly dissipated as it moved across the Lesser Antilles Sunday night. It will bring some gusty winds and heavy rain to parts of Puerto Rico and the Virgin Islands today. Just when they need as many parts of the area are still trying to recover from the double whammy of Irma and Maria last year, right? So why are we mentioning it? Well, a few of the models are showing the potential for what’s left of Beryl to regenerate after it crosses Hispaniola and moves into the Bahamas towards the middle of the week. After that, some of them have it move up the coast as a very weak system. While the odds of this happening seem low right now, they’re not zero. We’re not expecting it to regenerate, but we’re also not completely ruling it out yet either.

Tuesday: Sunshine to start, then clouds move in with a few late-day showers or thunderstorms possible. High 88-95, cooler along the South Coast.

Tuesday night: Partly to mostly cloudy with showers and thunderstorms possible, mainly during the evening. Low 62-69.

Wednesday: A mix of sunshine and clouds, less humid. High 77-84, cooler along the coast.

Saturday: A mix of sun and clouds, slight chance for a shower or thunderstorm. High 83-90.

Sunday:  Partly sunny, some showers and thunderstorms are possible. High 84-91.