Who’s ready for some snow? Don’t worry, we’re not looking at a lot. In fact, parts of the region might not see any at all. We could see some more later in the week and possibly over the weekend too. Yes, we understand some of you have some plans next Sunday – something having to do with owls. 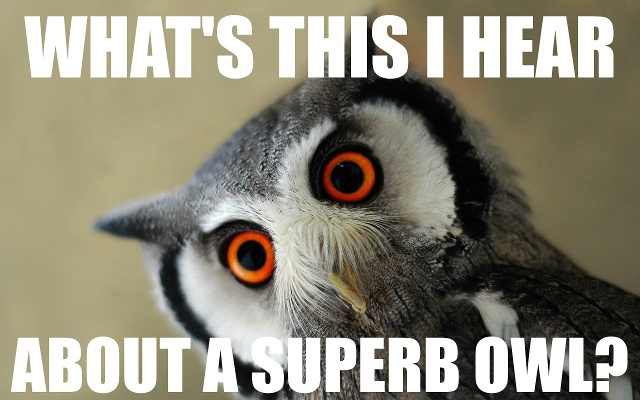 The cold front that moved through on Sunday stalled out offshore, and low pressure will ride up along it later today into early Tuesday. This will result in some light snow across the region, mainly south and east of I-495. With the storm passing far enough to the south and east, most of the accumulating snow will be from Boston southward, and most snow across Cape Cod and nearby southeastern Massachusetts. Even in these locations, we’re talking about a few inches, possibly as much as 5 or 6 inches on the Cape. 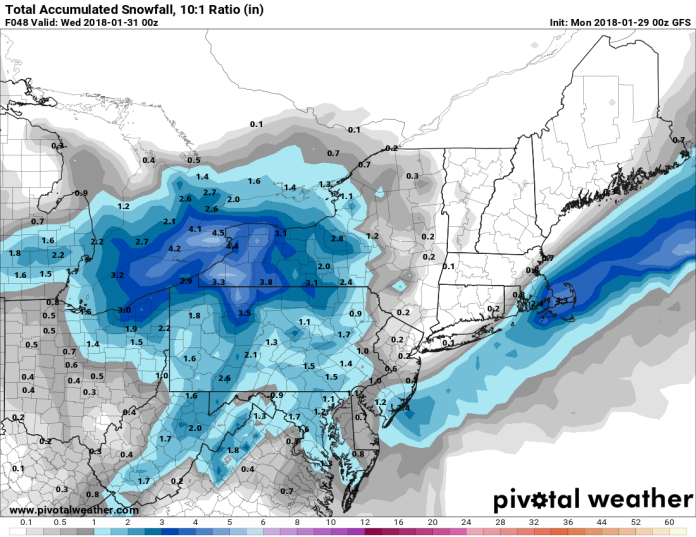 The GFS model is the closest to our thinking in terms of snowfall for late Monday into early Tuesday. Image provided by Pivotal Weather.

The snow ends Tuesday morning, but skies don’t start to clear out until Tuesday night when high pressure starts to build in. This results in a sunny but cold Wednesday. Clouds come right back in Wednesday night as a cold front starts to approach from the west. This will produce some showers on Thursday. The front will move through Thursday night, but the precipitation may linger into Friday morning. As the cold air moves in behind the front, the rain showers may change to snow showers before ending. Some models have tried to slow the front down and have a low pressure area ride along it. This would result in accumulating snow on Friday. While this is possible, most of the models have been trending away from this scenario, so it does not seem likely right now. Obviously, we’ll monitor this over the next few days.

High pressure returns later Friday into Saturday with dry and cold conditions once again. This brings us to Superb Owl Sunday. Another weak system will move across the region during the day. This will likely spread some light snow or rain into the area. Obviously it’s way too early to give amounts, but some accumulations are possible. If this becomes a threat, we’ll let you know later in the week. 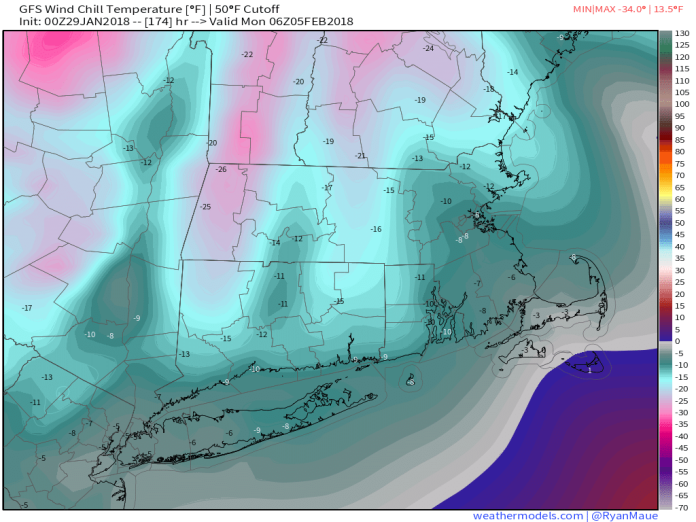 Heading outside after the Super Bowl Sunday night? The GFS is forecasting wind chills ranging from 0 to 20 below. Whether or not this verifies remains to be seen. Image provided by weathermodels.com

Monday: Cloudy and breezy, especially along the coast. Light snow developing late in the day, mainly south of Boston. High 33-40.

Monday night: Periods of light snow and snow showers, mainly south and east of Route 495. Accumulations range from a dusting outside of 128, to an inch or so from Boston to Providence, to 1-3 inches across southeastern Massachusetts and southern Rhode Island, and 3-5 inches across Cape Cod. Low 18-25.

Wednesday: Mostly sunny and chilly, clouds move back in late in the day and at night. High 25-32.

Thursday: Cloudy with some showers likely, changing to snow showers at night. High 38-45.

Sunday: Cloudy with a chance for some light snow or rain. High 33-40.

The G.O.A.T. has already tamed a Ram, Panther, Eagle, Seahawk, and Falcon to put them in his zoo. Expect a second Eagle to be there next week. Image provided by CBSBoston.

As for that game on Sunday, there’s an old saying – “Eagles may soar, but weasels don’t get sucked into jet engines.” Since most of the nation thinks that the Patriots are weasels, this quote actually applies to the game. The dynasty continues as Brady will hoist Lombardi Trophy #6 after a 27-23 victory over Philadelphia.